Where Are They Now? Michael Riecke

Michael Riecke is a former student of Blue Ridge High School and was former Editor-in-Chief of The Raider Reader (1996-1998).

Riecke’s journalism career started at Blue Ridge High School when he joined the Raider Reader staff from 1996-1998. After graduating, Riecke continued journalism, getting his degrees from Syracuse University and Le Moyne College.

Riecke is now a professor at SUNY Oswego, where he is one of the “most recognizable alumni,” in the School of Communication, Media, and the Arts. He teaches things similar to what our journalism and social media classes teach here at Blue Ridge, such as, “broadcasting, digital journalism, television/radio performance and video production.” 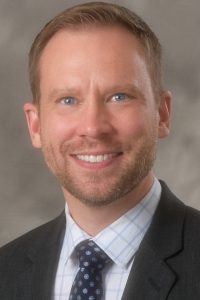 He is also the co-coordinator in the “Hollywood POV” program, which allows a select group of students to spend winter break in Los Angeles studying mass media and a big-budget production.

“Of course, I also have the privilege of co-teaching a course with NBC News weather personality Al Roker.”

Riecke’s courses help students prepare for the real world and the jobs that are yet to come. The class is specifically for juniors and seniors wishing to fulfill an on-air career.

The class also prepares the students for things that might be difficult in the future such as negotiations and contracts with businesses.

According to online reviews of Mr. Riecke, he is “a blessing to his students.” When asked how he feels about his students, Riecke explains that each of his students are as unique as they come, in a good way of course. He expresses how they each have their own story of where they come from and where they will go.

“For me, that’s the most exciting and rewarding part of my job — watching my students develop a sense of self, a sense of purpose. When they go off to work in newsrooms and media companies across the country, that’s just an added bonus!”

Al Roker has had a big influence on on Riecke in the teaching industry. Roker has been on the Today Show and has proven how much of a true role model he is. He could be swamped with weather reports on television and still take the time out of his day to go and help Riecke teach his students.

Riecke has learned a countless number of information from Al Roker, claims Roker is part of the reason he is who he is today.

This, however, was not Riecke’s original career path. Nineteen years ago, he had a “paid gig” on television that lead him to believe he would be working in business the rest of his career.  However, six years into his career he started to think about teaching.

“I think I was inspired to transition into education because of several influential teachers I had at Blue Ridge and at Syracuse University.”

Riecke gets his motivation from his former students, seeing how much they’ve grown and thrived from the world he introduced to them.

“I have some fantastic former students. Some of whom you may see on your TV! To say I’m proud of them and their development is an understatement!”

Michael Riecke has impacted many lives and schools wherever he goes. Blue Ridge High School is proud to have such a successful person come from our district.

Madison Swisher
Madison Swisher is a senior and a first year member of journalism. She decided to take journalism her last year of high school because she wants to try something new and experience this to see if this is something she would like to continue in college. Madison’s career choices are involved around music, she is interested in pursuing a career in playing her trumpet for others and/or teaching other students with the same interests.