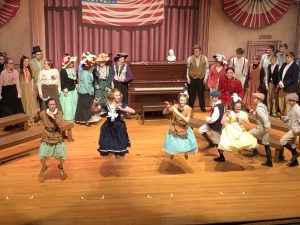 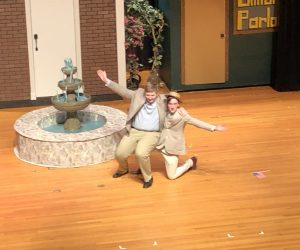 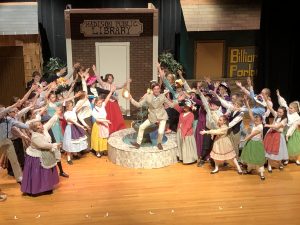 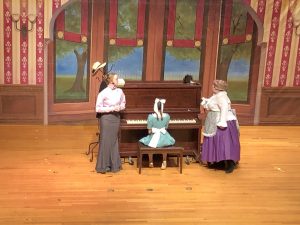 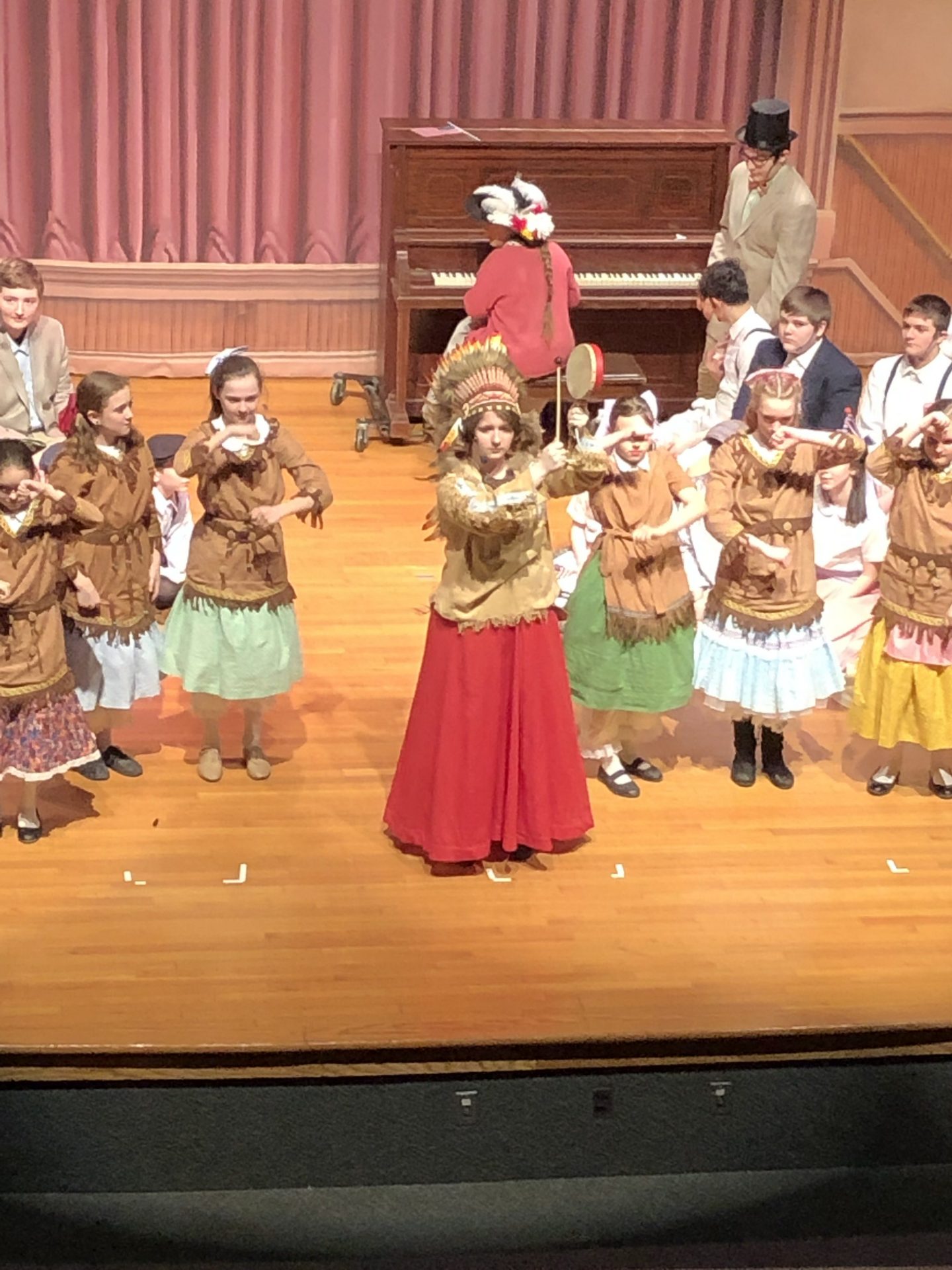 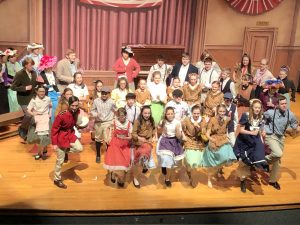 By: Allyssa Johnson/Co-Editor in Chief

On March 15, I ventured out into the rare warm weather to see “The Music Man,” the latest high school musical production put on here at Blue Ridge. The Music Man, an oldie but goody, is the story of Harold Hill (Wesley Wojtkowski), a con man who ventures into a small town in Iowa. He wins over the town, and has the town eating out of his hand. The locals purchase instruments and uniforms thinking that a small marching band will keep the youths out of trouble. He grows intrigued with the piano teacher, Marian Paroo (Kyra Powell), and attempts to win her over, but fails. Yet he remains persistent and they eventually fall for each other.

Blue Ridge’s rendition did not disappoint. Powell and Wojtkowski’s performances left me with goosebumps, and singing along. They took on the personas of their characters and made you feel as though you were back in 1912. They performed flawlessly and beautifully. Scenes that they shared were filled with raw and intimate moments that left the audience in awe.

Supporting leads, such as Eulalie Mackecknie Shinn (Kaelin Hughes) and Marcellus Washburn (Spencer Renwick) had the auditorium erupting in roaring laughter. Hughes pulled off the over the top, attention seeking persona perfectly. She added humor that the show lacked, as did Renwick.

The underdogs of the show were Amaryllis (Janna Weed), Zaneeta Shin (Isabelle Edwards), and Mrs.Paroo (Natasha Johnson). Weed played the part of Amaryllis perfectly. She added a little spunk that you weren’t expecting, especially when calling Marian Paroo an “old maid.” Yet her voice was so pure and blended well with Powell’s. Edwards got to show off her dance background playing Zaneeta. She showcased some impressive moves that you would not expect in a show set in the year 1912. Johnson performed with an Irish accent, which is not an easy task.

The only downfall of the play would be the quartet. While each of the actors have exceptional voices, they fell short when coming together. By no means were they awful, they just didn’t perform as seamlessly as the rest of the cast. They appeared to be nervous and unsure of each other’s notes.