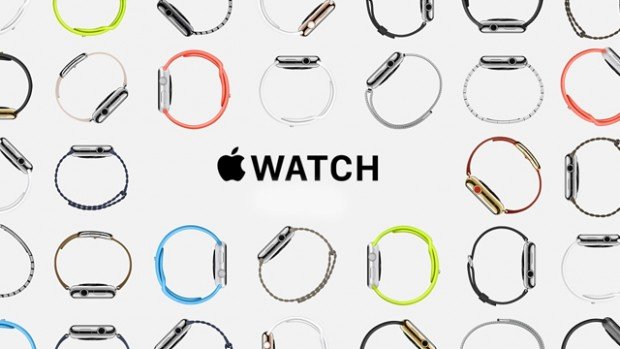 The Apple Watch series officially entered the market on April 24th.  If you want to give it a try before you buy, there are floor models available-or you can read about it here.

So, what features does the Apple Watch have? Like most smart watches, it connects to your smartphone where it will display emails or messages you’ve been sent, and also receive and take calls through its microphone.

The Apple Watch does have some unique features to, it including the new Apple Pay, a hotel and car key replacement system, full use of apps, and the use of Siri from the watch itself.

Pretty much, it’s just an extension of the iPhone where you can access the features in a faster and easier way from your wrist. Also, the watch is water resistant, but not waterproof. It’s tolerance is probably just a splash of water, and definitely not something to go swimming with. It is said to have an 18 hour battery life as well. This means you’ll probably have to charge it every night. The battery itself will most likely need to be replaced once every 3 years.

The real question for everyone is, “How much does it cost to get my hands on a watch?”

The cheapest series, the Apple Watch Sport, comes in at a solid $349. The Apple Watch Sport is one of the most or maybe even the most expensive smartwatch in the market. The Apple Watch, the second series, has a price range of $549 to an impressive $1,099. This middle tier of Apple’s smart watches may be three to four times the price of the other leading brands. If that didn’t seem ridiculous, the Apple Watch Edition skyrockets to an absurd price range of $10,000 to $17,000. Probably from the 18 and 24-karat gold it’s trimmed with. That’s enough to buy a well-conditioned, used car or even 2 to 3 years at local SUNY Broome Community College. Not to mention, the protection plan for this watch is about another $1,000–which may be worth it after burning through all that money just to purchase the watch. One might as well feel a little safer about the purchase.

To get an idea of what people think about the Apple Watch, I asked tenth grader James Goff, senior Dalton Hogle, junior Jordan Goff, and senior Mary Mangel for their opinions.

Raider Reader: What do you think about the Apple Watch?

James Goff: I think that people are way too reliant on technology. I don’t like the idea of the Apple Watch.

Dalton Hogle: It’s alright I guess. I don’t know too much about it.

Mary Mangel: I believe the Apple Watch is a great addition to all of the Apple products already produced. It has the ability to make day to day life much easier!

RR: Do you think smart watches will become more common in our generation?

James: Probably, everyone wants the next big thing in technology.

Dalton: Yeah, just because it’s the new thing, and everybody wants something new.

Jordan: Definitely, I think that this will replace many things and become a big part of our generation.

Mary: In the future, I could see smart watches becoming higher in demand, specifically in young adults in a work environment. The watch allows for quick updates and briefing, and I think that appeals to our generation.

RR: Would you buy one?

James: No, because technology makes people procrastinate and rely on things other than themselves.

Dalton: If I had the money I would, but it’s expensive.

Jordan: I would, but there are a couple things stopping me from doing so. One being it is an Apple product. It will only be compatible with Apple devices and not Android devices, two being the price at almost $400.

Mary: At this point, no I would not purchase an Apple Watch. However, as I get older and enter a business environment that requires me to be in close contact with people and have constant updates, I could see the benefit in buying one.

As it seems, there are mixed emotions about the Apple Watch. I honestly think it’s an interesting product. I’m impressed with what it has to offer on the technological side, and think it could benefit those who use them. But, I believe its price is a little bit of an overkill. During this time though, people will spend a large amount of money on things they want so they can look and feel cool. Honestly, if you afford an Apple Watch, I would get it. But, the Apple Watch, again, is very expensive, so look for other smart watches on the market.

SpaceX is the Future