Jack Condon was very active in his four years of high school at Blue Ridge. Condon was well known throughout the high school for his love for running. He served as the Captain for Cross Country for one year and earned district medals, and also holds the new Cross Country Course Record. On the track team, he also served as the Captain for three years and qualified for districts for two. He also participated in the Foot Locker Regional Competiton. Aside from athletics, Condon was also involved in the National Honor Society and Envirothon.

After high school, Condon plans to attend the University of Montana where he is looking to earn his Bachelor’s Degree in Journalism, and then apply for the Master’s program of Environmental Journalism. While in college he is hoping to participate in a few student-run groups along with being the Vice President of Grizzlies Running Club. His dream job is to become a traveling photo-journalist for National Geographic, and he feels this is the best path to get him there.

Condon anticipates that the next few years after college will be “challenging but super fun to spend my time in the mountains of Montana.”

He expresses to the underclassmen that “time is going to fly by.” He advises them to “make the most of it and make memories you won’t forget.”

Throughout high school, Condon explains that a saying that got him through was “hard four.” The saying originated in track, as his coach used to say it to push the runners on the track team. He says that “it taught me a lot about my personally. The fact that even when you feel like you can’t give anymore, life is going to yell ‘hard four’ and no matter how impossible it seems, you’ll be faster and stronger in the end.” 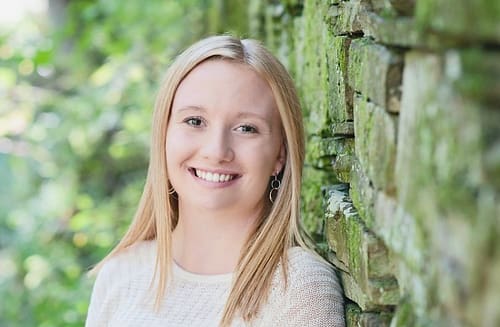 Sarah Marble
Sarah Marble is a senior and a second year journalism student. She enjoys spending her time giving back to others. She values being involved in her community and school as an active leader. After graduating high school, she will be attending Penn State College of Nursing to earn a Bachelor´s Degree in nursing to become a Registered Nurse.