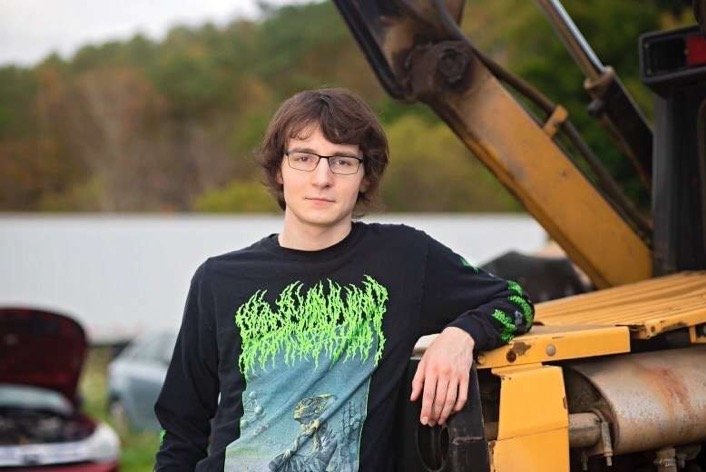 A Quote that represents Nicholas Buerkle’s high school experience is “Stop building up the drama and start building up that GPA- unknown
After high school Nick plans on going to college at Kettering University in Flint, MI to major in a Mechanical Engineering degree for his dream is to be a Mechanical Engineer. During college, he does not plan to be involved with any school activities or sports, but he does plan on having a good time. Meanwhile, in high school, he did enjoy participating in Ski Club.
Nick shares that he believes the next few years of his life to be “ Difficult but rewarding”.
He also shares “ Take APs and honors classes. Even though they’re challenging they are significantly more interesting and the decision to take at least one AP every year will quite literally alter the course of your life as it will expose you to harder concepts and help you develop critical thinking skills. No, you won’t use most of it after high school but that’s not the point – the point is to get better at thinking critically so you can learn concepts faster and be more successful in whatever path you choose after high school. I know so many people who didn’t care enough early on and are trying to catch up now so they can do what they want later in life. Don’t let that be you.” a piece of advice he would like to give to his peers.

Breanna Derrick
Breanna Derrick is in her Second Year of Journalism working hard at helping lead the class, and teach new students how to figure out the way of journalism in its self. Through her life she has always been labeled as the Dramatic child, from not being the best in the classroom to working hard to be one of the better at the way of life she admires. Breanna has always loved the spotlight and has always dreamed to be something in the show business industry. When she went to her job shadow at Magic 101.7 in Endicott New York Breanna feel in love with the feel of being on the radio. She is working hard to find a college that will help her achieve this goal and is very excited for the next step in her life being a senior and all. She is now the Content and News Manager of the Raider Reader.