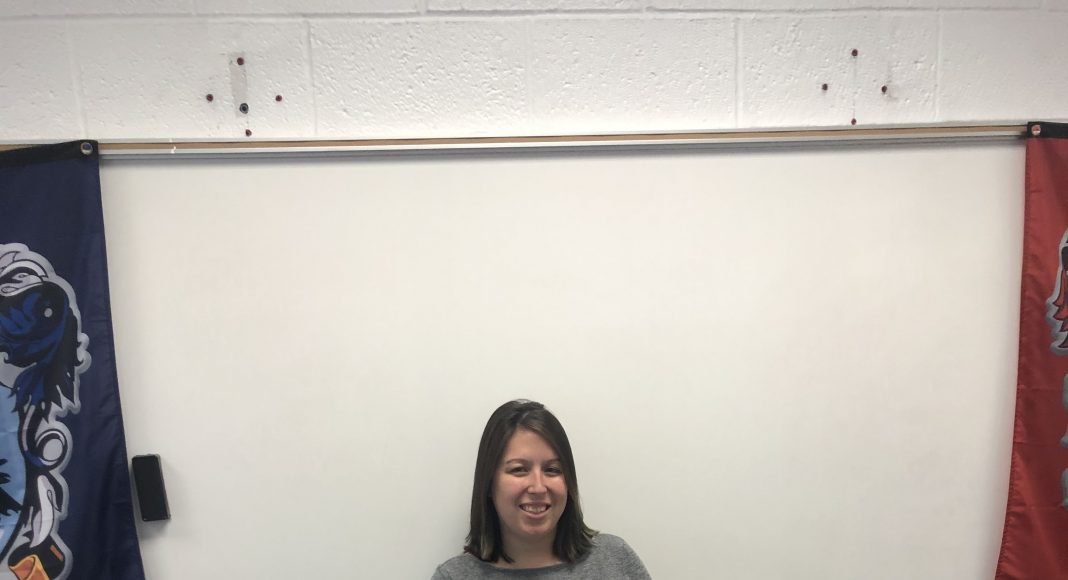 There have been a lot of changes at Blue Ridge School District. One of those changes is having a new 6th and 9th grade English teacher.  Her name is Ms.Tilberry and she is happy to be here.

The reason she became a teacher is because she wanted to pass on what her teachers taught her.  Ms.Tilberry told me that she likes the grades she currently teaches.She told me that she loves her job because the kids are amazing.

The new 6th grade  and 9th  grade English teacher told me what she finds most challenging about her job, which is teaching certain students, and teaching new topics. Her hobbies are watching Live theater broadway shows and she loves watching the Avengers franchise. Ms.Tilbery’s future plans are to receive her masters degree in student guidance counseling. Ms.Tilbery Has some more interesting information about her life. Now let’s begin. Did you know Her first idea was to become a math major because she thought she was good at math. Then she realized that she was not as good as she thought because she failed math in college.Then decided to switch to an English Major because she was actually better at English than math. That is one of the reasons she is an English teacher today. Ms. Tilberry has traveled to many places around the world including South Korea because her family is from there and Spain for a Highschool trip.  Another Interesting fact about Ms.Tilberry is the one thing she misses about college is not having any real responsibilities.The last fact about MsTilberry is the places she worked as an usher on broadway and works as an teacher now.

Brock Fuller
Brock Fuller is a Junior in his first year of Journalism.  Brock play’s two sport’s which include cross country and track. He plans  on getting a Cyber Security job after High school.

Welcome To A New Position at Blue Ridge High School