Spider-Man: No Way Home, directed by Jon Watts and starring Tom Holland as the titular Spider-Man, aka Peter Parker, is the third movie of the new Spider-Man movie series taking place in the Marvel universe. The movie covers the fall out of the previous movie, Spider-Man: Far From Home, where Peter Parker was revealed to be Spider-Man to the world. This causes Peter to go to the powerful Doctor Strange, a sorcerer, to cast a spell to make the entire world forget Peter Parker is Spider-Man. However, Peter tampers with the spell, causing it to lead Spider-Man villains from the multiverse to enter the main Marvel universe.

No Way Home is unique from other Marvel movies in that it introduces a new element to Marvel movies that can be implemented in many different ways: the multiverse, a collection of alternate universes with different versions of characters and scenarios. This movie sets up this concept to be used in the future of Marvel, but is used in this movie to bring back previously established villains from previous Spider-Man movies, such as Doctor Otto Ocktavius, also known as Doc Ock, from Sam Raimi’s Spider-Man 2, a movie which previously had no ties to the Marvel Cinematic Universe. It also brings back villains from Mark Web’s Amazing Spider-Man movies, such as Electro, now sporting a brand new look. This makes the movie great for fans of previous Spider-Man films before the new series within the Marvel Cinematic Universe, as you can experience some of your favorite villains from those movies now fighting a brand new Spider-Man.

As for fans of the new series of Spider-Man films that follow this iteration of Peter, you will be pleased to know that they develop his character in a phenomenal way in this film. It’s safe to say that he changes the most from the beginning to end of this film than any film previously in the Marvel Cinematic Universe. His relationship with MJ, portrayed by actress Zendaya, is also very well developed. This movie bolsters an emotional core that will surely leave a lot of fans needing a tissue at the end.

And, of course, a key part in the enjoyment of watching superhero movies is the action. This film has phenomenal fight scenes. From Spider-Man’s bouts with the various villains to a dream-like fight that features Doctor Strange to the climactic final battle, this film has some of the best action and choreography in a Marvel movie to date. The action in this film makes this movie a must watch.

Overall, I believe that Spider-Man: No Way Home is a definite must watch for Spider-Man and Marvel fans. The plot is well paced, the action is phenomenal, and the cast is incredible all the way through. 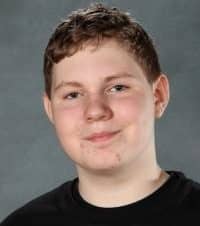 Andre Evans
Andre Evans is a sophmore writer attending Blue Ridge School District. This is his first year of journalism. His main interests lie with video games and diffrent forms of film.