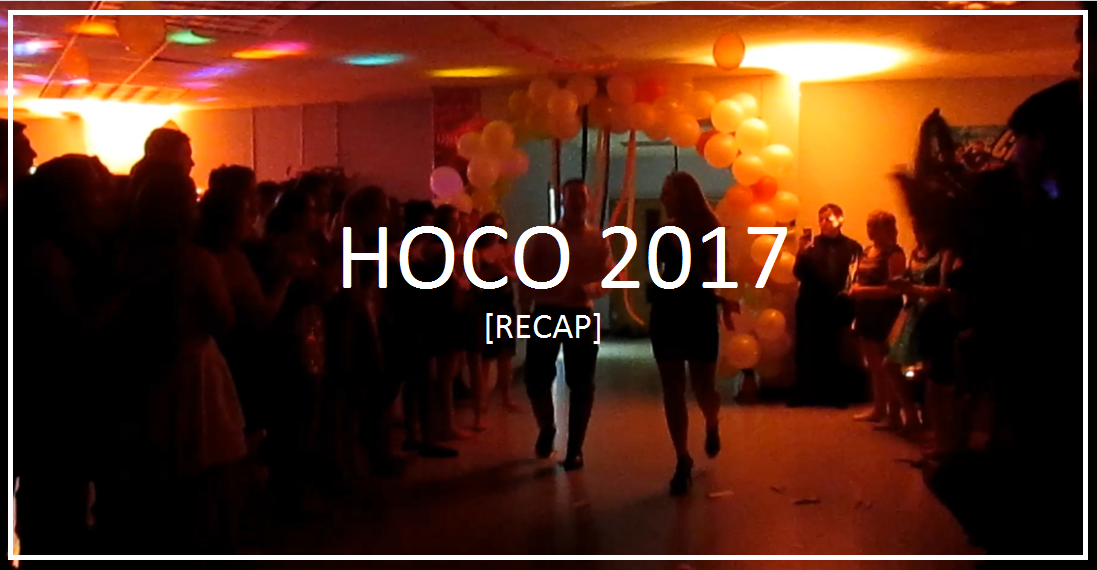 Monday: ‘Merica Monday! Everyone dressed in their red, white, and blue for the kickoff of homecoming week. In the afternoon, results for homecoming court were announced. The court was Abby Hartman with Garrett Mansfield, Gwen MacConnell with Hunter Conklin, Emily Formosa with Jonathan Blewett, Kalynne Myers with Travis Hickling, and Alexa Stanley with Luke Updyke.

Tuesday: Team Tuesday was a hit! Grades 9th-12th dressed in their favorite sports team attire. The sports consisted of a variation of football, basketball, gymnastics, volleyball, lacrosse and more! That night the homecoming committee put on a dodgeball tournament for the high school students and the team “Trailer Park Boys” took the win!

Wednesday: The halls were filled with plaid, cowboy hats, and a ton of boots! The students got dressed in their best western attire for the day! Wednesday night the homecoming committee played the movie Beetlejuice out in the parking lot of the Blue Ridge High School. It might have been a bit chilly but it was a beautiful night for a movie!

Thursday: Pink Out day! The classes dressed in pink from head to toe as everyone prepared for the Lady Raiders Volleyball game which also happened to be senior night for the girls. The bleachers were packed with students and family members as the  Lady Raiders took on the Dunmore Lady Bucks! The Raiders defeated the Lady Bucks in 4 sets! The crowd was intense and this was the best turnout our school has had in years!

Friday: Class wars were in play on Friday where the students wore their class shirts to represent their grades. Seniors wore black, Juniors wore gray, Sophomores wore red and Freshman wore white. After lunch, each grade was called down to the gym to participate in “Class Wars” to fight for spirit points! By the end of the wars, seniors were in first place while the juniors were in a close second. The school proceeded outside to watch/play the annual powder puff game. The game was intense as the freshman, sophomores, and juniors all took on the senior class to redeem the title of class wars winners. The juniors performed exceptional scoring 3 times! In the end, the senior class still came on top with the most amount of spirit points and won 2017 Homecoming!

Saturday: At 6:30 P.M the high school students showed up to the cafeteria in hopes of dancing the night away! The homecoming court was announced and performed their creative entrances before the results were revealed. Homecoming King was Luke Updyke along with the Homecoming Queen, Alexa Stanley. The couple shared a dance on the floor and the party continued shortly after!

Homecoming week was a success and the danced topped it off! What will next years homecoming bring? Blue Ridge will have to wait to find out!

To view the HOCO video, click on the video below!

Alexa Stanley
Alexa Stanley is a bubbly senior with an aspiration for adventure! She has participated in volleyball, track and cheerleading. She will be furthering her education with a focus on nursing, hoping to achieve her goal of making a difference.

A Look at Social Distancing at Blue Ridge