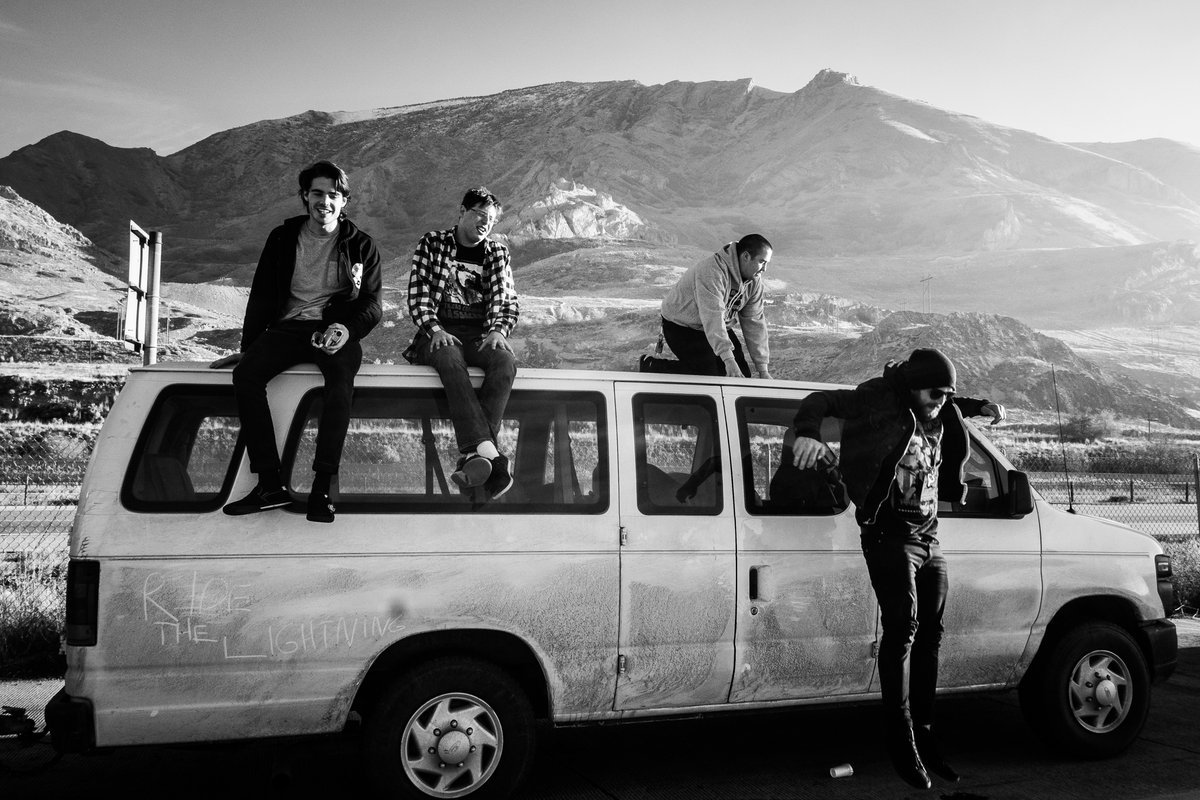 I’m going to take quick break from my local series to take a look at one of favorite records of late (you’ve probably seen me around with my Holy Ghost shirt). The story behind Modern Baseball’s third release is nearly as interesting as the music itself. One of the group’s two frontmen, Brendan Lukens, had actually been forced to step away from music and seek help for mental health issues, as well as alcohol dependance. After spending nearly all of the time set aside for writing this record focusing on his health, Lukens returned with two days left before recording. The group’s initial plan was that the first side of the record would be written entirely by Jake Ewald, the other lyricist, vocalist, and guitarist. Lukens, therefore, would be responsible the second half. This means that Ewald had at least a few months to really work through his six songs and thoroughly cover a few topics, and Lukens’ five were built around one specific emotion, one specific state of mind. But this was only an amplification of how their writing styles have always trended. Ewald has been more thoughtful, Lukens more emotional. I don’t believe that the differences in writing periods has even the slightest negative impact on this release, but rather it allowed each individual to play to their strengths.

The LP focuses on a few main themes: Lukens’ health, Ewald’s late grandfather and role model, and the struggles that have come with the band’s new fame. In fact, I think one could say just about every one of Lukens’ songs at least relate to the struggles he has had to overcome, in addition to Ewald’s horribly strong Everyday, a message written specifically for his struggling best friend. It’s loud, it’s sad, it’s a fantastic example of today’s Modern Baseball. The idea is somewhat reversed when, on Just Another Face, Lukens sings to himself as his fellow bandmates, possibly pulling quotes from the difficult past few months. Perhaps the only song more powerful than these two wasn’t even released to most listeners. A bonus track can be found on the B side of the record, known as The Stanger Rises (though not officially acknowledged on the record cover). This song is where the group could most easily drop the pop from pop punk. Musically it is mad loud drums, distorted power chords, mad loud bass, and an occasional wild guitar solo. But lyrically it is full of self-doubt. The last lines of the record appear to be, in my interpretation, written specifically for Jake Ewald: “They won’t remember my name, when it’s compared to yours. Will they remember my name? Will they remember my name?”

Whether it is desiring more time with loved ones or anxiety about the quality of the music, an artist’s job can be far more stressful than it seems. This is especially true if, as in Ewald’s case in Mass, your girlfriend is in Massachusetts and you’re in a place like our very own Binghamton, NY; “It’s the only place where I feel dead.” Or in Note To Self, where the note is that you need to get off your rear end and get serious about the music you’re creating.

All in all it is easy to see that the group is taking their music very seriously, and they seem to be growing in a very focused and strong direction. While some of my favorite songs by the Philly foursome still are on some of their other records, this is hands down the best overall piece of work they have released as of yet. Unfortunately, Modern Baseball’s members collectively decided to cancel the tour they were going to begin this spring due to concerns over their own mental health, so it is unknown what the future holds. If this does end up being the end of the group, while unlikely, I think this record is a very good one to finish on.

Favorite Track: The Stanger Rises, but since it technically isn’t on the album, Everyday is also phenomenal.

By:Reese Allen/Content Editor and Junior Writer "Don't let people tell you how to live or...

By: Ryan Higgins/Senior Writer "People look back at the past, wishing things could've gone better....

By: Brooke Upright/Senior Writer “Keep your soul clean and your boots dirty.” -Unknown As Isaac Arzola...

By: Rayne Glover/ Junior Writer and Social Media Director "Every accomplishment starts with the decision...

By: Reese Allen/Junior Writer and Content Editor Due to Covid-19, this year has been quite...
Error decoding the Instagram API json