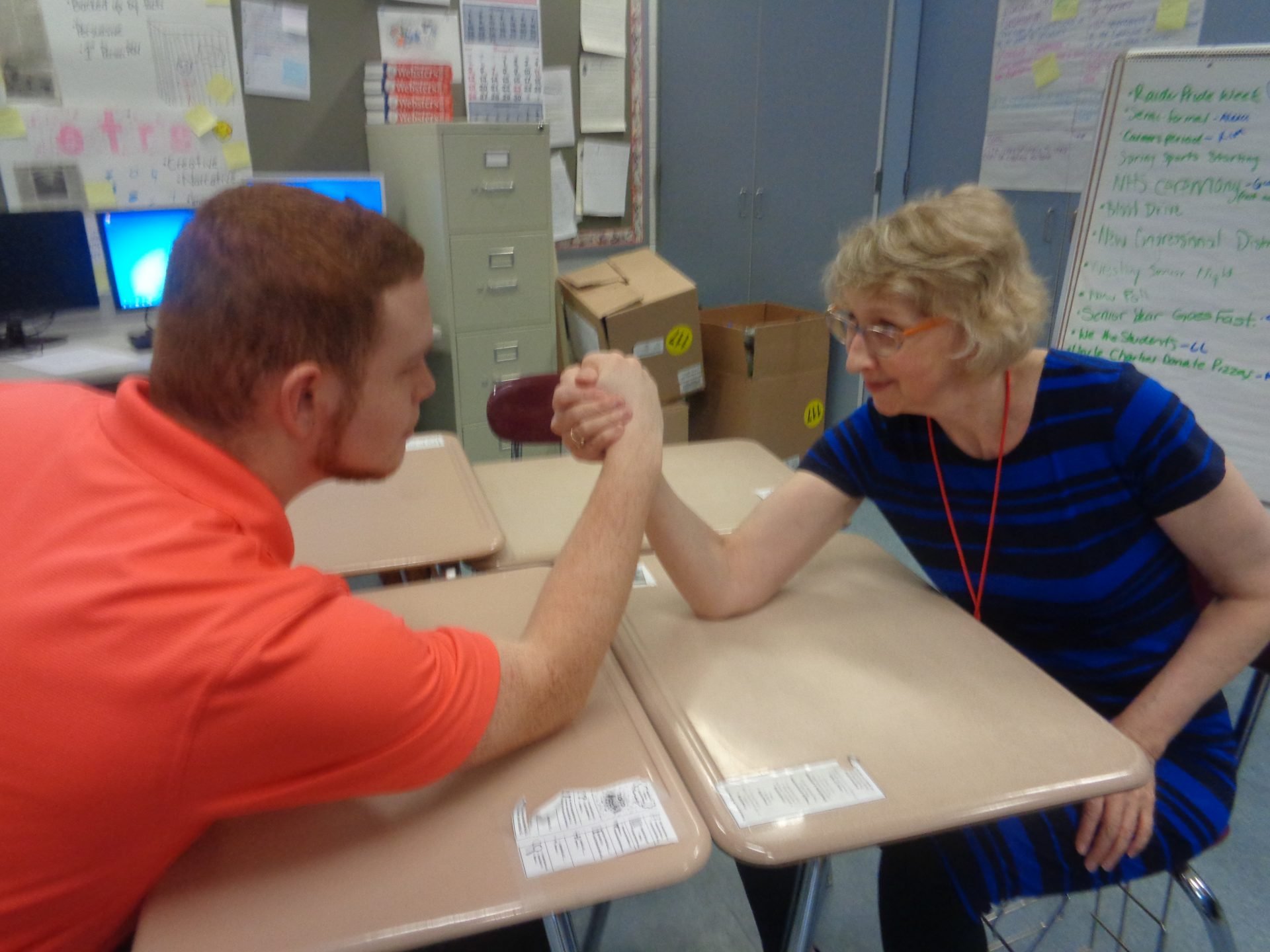 Did Students and Teachers Reverse Roles?

As society continues to evolve, so do the actions of students.  High school students continue to grow bolder each year towards their teachers and other adults who have authority.  Students give attitude, yell, refuse, and/or question when teachers give them an instruction.  It often does not matter what the teacher does to regain control due to the lack of fear and empathy possessed by the students.

“In high school and middle school, I do not ever remember a student refusing to do work, or saying things like, ‘This is stupid,’ ‘why do I have to do this?’–or ‘I hate this class,’ directly to the teacher,” said Amy Zakarauskas, Blue Ridge’s middle school and high school chorus director.

Blue Ridge’s Spanish teacher, Lucrecia Jesse, has been teaching at Blue Ridge for the past twelve years.  Jesse has seen a decrease in respect towards teachers and classmates over the years.

“When I began teaching in 2006, the students were respectful. The majority paid attention to the teacher and classmates while either one was speaking.  Interruptions were a minimal and cursing wasn’t common in the class or in the hallways.  Students were actually embarrassed if they were overheard cursing.  That is a thing of the past,” said Jesse.

Disrespect towards teachers is shown in all sorts of ways.  It is shown through words as well as actions.  About a month ago, a student told a teacher that she was a liar and very rude.  A teacher was also called the “B” word and “Spic” as a racial slur.  Other cases of disrespect towards teachers could leave you questioning whether high schoolers are humans or animals.  One high school teacher was bitten by one of her students because she refused to give that student a piece of gum.  Actions like these are mind boggling considering the ages of the students.

Teachers are often not treated with the respect of an adult, or even a human being for that matter.  “Students forget that teachers are humans with lives, feelings, and emotions.  We might have just had a car accident, divorce, or death of a loved one and we come to school with a smile on our face anyway,” said Zakarauskas.

Students seem to forget that the ones they treat the worst are often the ones who help them the most.  I have seen numerous accounts where teachers have been treated with the utmost disrespect, yet when the student is struggling in class, that very teacher is right by their side.  Although teachers tend to play it off as if nothing is wrong, the way students treat them does have an effect.

“We take all kinds of abuse from students and sometimes it really hurts.  It is hard to come into a school when you’ve had a bad day and not just lift ourselves up, but lift up the many students that are down,” said Zakarauskas.

Although not every student is disrespectful, it only takes one to ruin someone’s day.  So many things are done to prevent bullying, but nothing is done about disrespect.

Morgan Mansfield
Morgan Mansfield is a third year journalism student, taking on her senior year of high school.  She spends most of her free time singing, playing, or writing music.  Fascinated by the human mind, Morgan plans to obtain a degree in Clinical Psychology and become a therapist to help people work through their troubles.