On Thursday, November 14th, Blue Ridge encountered a problem. Since it was the day scheduled for parent-teacher conferences, Mrs. Shauna Williams was at the school later than usual. When her husband delivered her dinner, however, he discovered that something was wrong. He pointed out that the floor was actually soaked. So, superintendent Mr. Matthew Button and others gathered quickly to get to the root of the issue. That’s when Blue Ridge discovered that there was a water main break, located behind the wall in Williams’s office. Parents were notified, and the school was closed on Friday, the following school day. 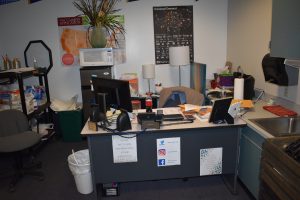 Luckily, Williams was the only one whose room was affected by the water main break. Since her office was damaged, it is in the process of being repaired. Her temporary office is right outside the door of her old one, as pictured above.

Her old office is temporarily in this condition: 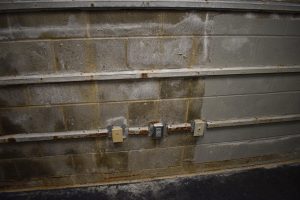 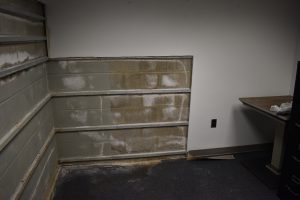 There is currently a boil advisory effective until Wednesday, November 20th at the school. There is no need to worry though, as the problem has been addressed. Soon, the water situation at Blue Ridge will be back to normal!

Madison Welsted
Madison will be a young graduate at 17, but she is looking forward to finishing her senior year of high school. In the future, she plans to earn her master's degree in a major related to psychology, as she aspires to become a one-on-one counselor. She works at Subway and babysits to help save money. In her free time, she likes to read, write, and talk to people, so journalism is a topic of interest to her for sure.

By: Carissa Zawiski/Junior Assistant to the Editors As of last Friday, May 22nd, Susquehanna County moved from the red zone to yellow zone. Being in the...
Read more
News in Brief

By: Leah Rippy/Sophomore Writer On March 18, from 6 to 7:30 PM, the Blue Ridge School District will be hosting a Drug Awareness Event in...
Read more
News in Brief