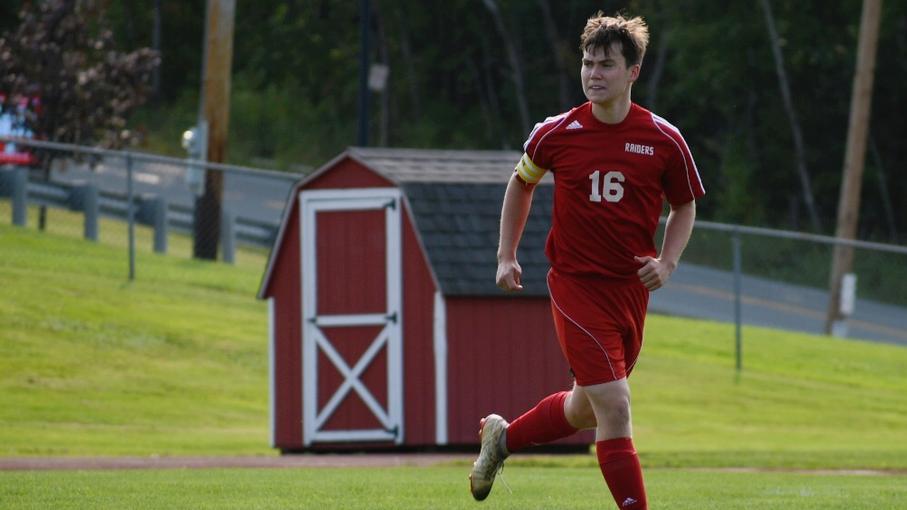 On Monday, November 2, the Blue Ridge Raiders soccer team played the Riverside Vikings. The Raiders, up to this point, were 2-0 against Riverside, beating them at home 4-1, and away 2-1.

Riverside has two really well-known players around the league. One is the top scorer in the district, the other is the assist leader. In the first 15 minutes Garrett Conklin scored off an assist from Gerald Welsted. A lot of opportunities had passed for both teams. A whole lot of nothing happened, a full half went by before Riverside would answer and put the game into overtime. Once again two fifteen minute halves went by and nothing happened. Now the game was in PK’s (penalty kicks). Riverside had the first kick and made theirs, which put them into a comfortable position.

Our first player to take the kick was Garrett Conklin who up to this point hadn’t missed a PK. He ended up missing. The Vikings sent up their player and he drilled it into the back of the net.

Our next player was David Wolfe who is calm and composed while taking penalties. He put the ball into a perfect spot, but the goalie guessed real well and met the ball in the bottom corner. Once again the Vikings scored.

Connor Mills was up next and he made his kick and the goalie was nowhere near saving it. The Vikings next taker made his penalty and Riverside ended up winning the soccer game.