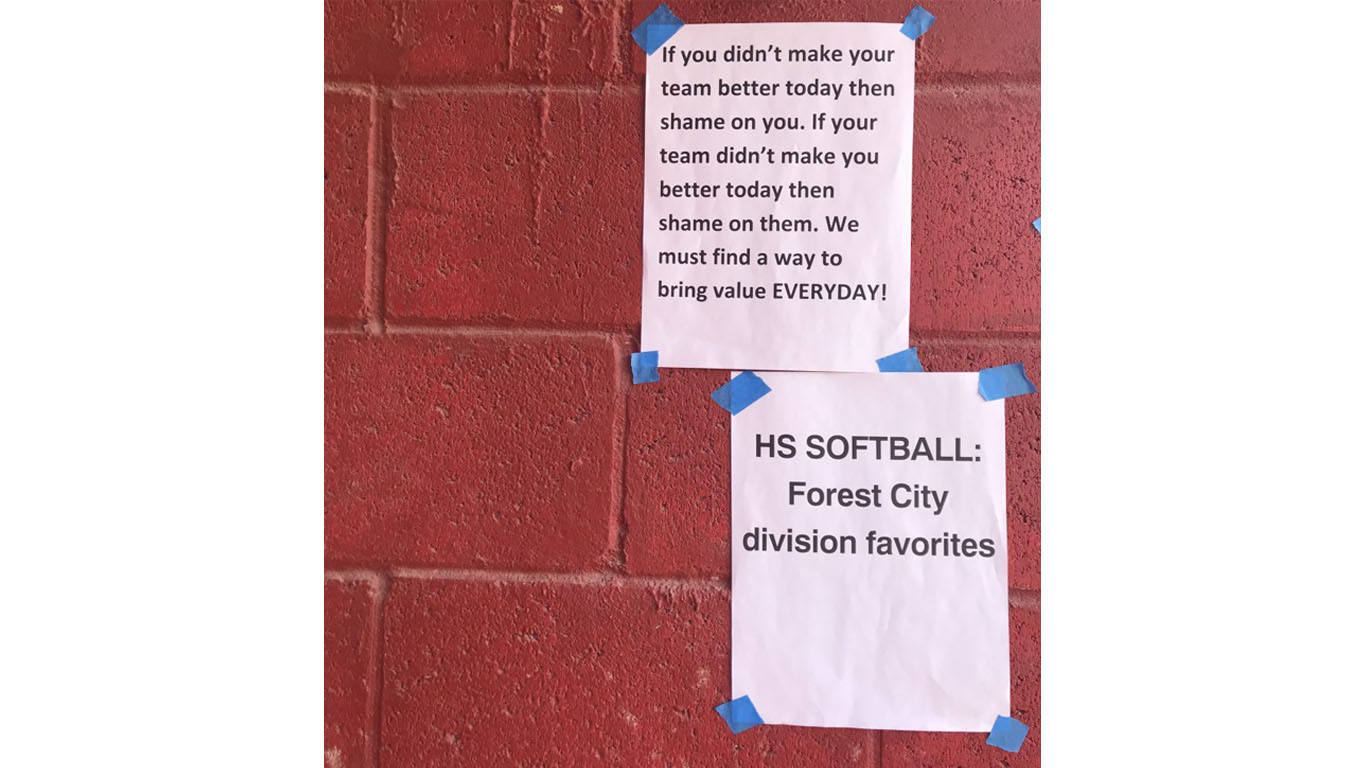 Softball Defeats the League Favorite for Division A

The wind was blowing, hoods were going up, and blankets were being shared. However, that didn’t stop the varsity softball team from winning.

Prior to Thursday the softball team had been painfully taunted at both practice and games by a sign proclaiming  Forest City as the league’s favorite team, predicted by league referees to win the league championship.  However, that all changed when the girls worked as a team, beat their rivals, and won 3-1.

As soon as the girls won, Danielle Goff the varsity pitcher tore down the sign, ripped it up, and threw it away. The sign had been displayed by Coach Joe Collins as a motivator, and it worked.

Collins says he wants his players to support each other and focus on building each other up. In fact each player is asked to be part of a winning attitude, to contribute to the team’s success and be accountable for their contribution.

Those who are interested in following the girl’s varsity team can check out their schedule here.

Christie Baldwin
Christie Baldwin is a second year journalism student. She is an energetic senior, who plays basketball and softball. She enjoys being apart of the geocaching club. During the summer she works as a lifeguard at the New Milford Pool.

By: Kaylyn Lewis/Co-Sports Editor The start of the new year means the start of the regular season for the girl's basketball team. The Lady Raiders kicked off...
Read more
Sports

By: Kaylyn Lewis/Co-Sports Editor and Kaelin Hughes/Content Editor On December 18th, the Lady Raiders faced the Lakeland Chiefs. The game was dedicated to the late...
Read more
Sports