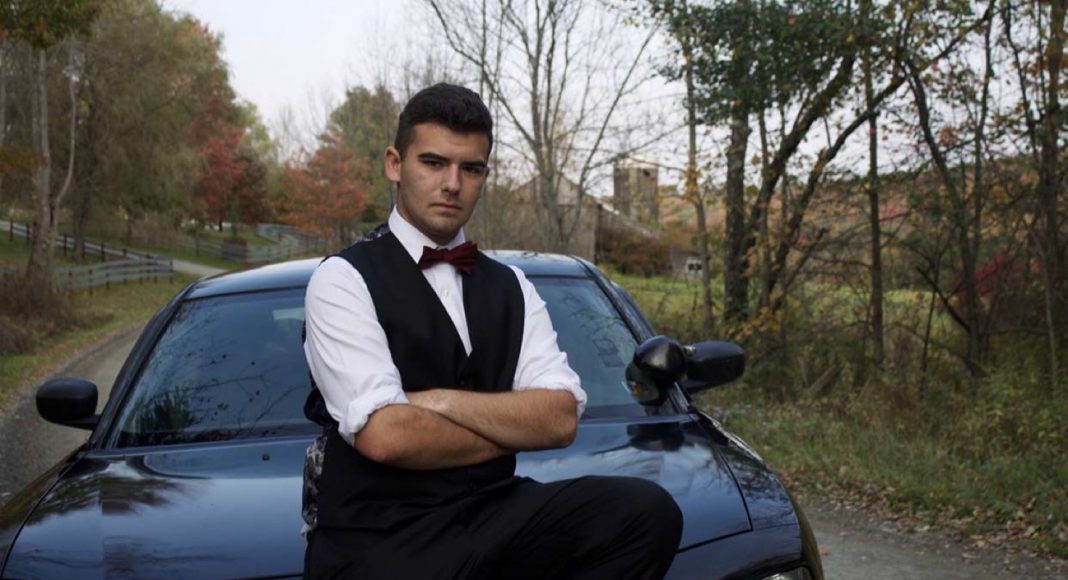 “We maintain the peace through our strength; weakness only invites aggression” -Ronald Reagan

Thomas Gibson is finally a senior at Blue Ridge High School. He aspires to be a U.S. Army Officer working for the Special Operations Command (SOCOM). Gibson plans on attending college at Cornell or Scranton University in hopes of joining the ROTC program (Reserve Officers Training Corps).

Throughout Gibson’s high school career he has participated in many activities, including Boy Scouts since sixth grade. At 14 he became an Eagle Scout and served as a junior assistant scoutmaster at the age of 15.

Gibson anticipates his next few years will be less stressful “because I’m going to start meeting new people that have the same interests as me, as well as work in a job field with those interests.”

If there was one thing he could tell the underclassmen It would be “In high school it seems like everyone wants to conform and be like everyone else. Most likely you want to feel like you are normal in everyone’s eyes. However, I can assure you this will not make you happy and you will have an identity crisis in the future. Just be you. Follow the interests you want to pursue. If that means someone thinks you’re weird, well then you’re weird. Embrace it.”

Ben Marble
Junior Ben Marble is a second year journalist. He aspires for a career in forensic science and would love to work for the CSI. His many hobbies include gaming, collecting horror films, participating in shooting sports and buying horror games that he is too scared to finish. Ben will talk to you about Star Wars any time of the day and he's been a die hard fan of the series since his Dad gave him a Chewbacca action figure when he was little.

By: Reese Allen/Content Editor "Be the change that you wish to see in the world." A...

By: Peyton Gelinger/Sports and News Content Manager  "When you go through deep waters I will...

By: Carissa Zawiski/Editor in Chief Cobra Kai is one of Netflix's top streamed shows, and...

By: Reese Allen/Content Editor "Be the change that you wish to see in the world." A Blue Ridge senior, Hannah Kline, has participated in basketball cheerleading...
Read more
Senior Feature