Most of his more popular books are modern day stories based on ancient legends, most of them Greek, though he bases some off of Egyptian or Norse mythology as well. In all of these series, Rick Riordan constructs stories of perfectly balanced action and humor.

His most popular series is most likely Percy Jackson, composed of five books. It was  the first series he wrote, and there were movie adaptations for the first two books (which were terrible, but that’s another story). Taking place in modern times, the series tells the story of Percy Jackson, who, at the age of twelve, discovered his father was the ancient Greek god of the sea, Poseidon, making Percy a demigod. He then finds friends at a camp for others like him, and together, they must battle monsters and gods to prevent the rise of the evil titan, Kronos.

His second series set in he same universe is the Kane Chronicles, a trilogy based on Egyptian mythology. It follows Carter and Sadie Kane, teenage siblings who discover they are descended from ancient Egyptian pharaohs, and can therefore perform magic. They work together along with other magicians to stop the rise of Apophis, the primordial god of chaos who would swallow the sun and destroy the world.

A third series revisits Percy Jackson’s world, but introduces Roman aspects. The Greek and Roman demigods, who had been isolated for so many years they had forgotten of each other’s existence, must forget their old rivalry and work together to stop Gaia, the primordial Earth goddess, from rising.

Now, I know what you’re thinking; “do they all have the exact same plot?” True, they do all seem to be: teenager(s) find out the have magical powers, they have to battle monsters to stop an evil god from rising, etc. However, the plot doesn’t have to be original to be a good story. Just look at Star Wars, or Harry Potter; they have the most generic plots in existence, yet manage to be very good series.

A fourth series visits the world of Norse mythology; Magnus Chase and the Gods of Asgard. Magnus Chase (yes, another teenager), discovers he is a Norse demigod. After dying and entering the Norse afterlife (long story), he and his friends must stop Fenris Wolf from escaping and beginning Ragnarok.

His most recent series, The Trials of Apollo, is still being written. So far, the Greek god Apollo has been punished by being sent to Earth as a mortal. He must restore ancient Oracles that have for some reason gone dark, as part of his trials to regain his power. However, a variety of threats including a trio of ancient Roman emperors are trying to stop Apollo, who is vulnerable in mortal form.

It is not only the excellent writing and cunning humor that contributes to Rick Riordan’s books; he is also addresses important social issues, and creates a diverse group of characters. This is more apparent in His newer series; Heroes of Olympus, Magnus Chase and the Gods of Asgard, and The Trials of Apollo, all of which involve diversity of race and sexuality. 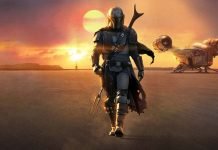 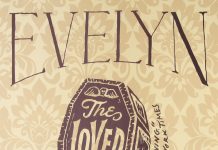 Classic Review: The Loved One 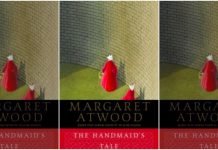