In the past, Leo Club put care packages together and other groups distributed them. This year, the club’s role was solely distribution. The process of distribution consisted of a drive through system, where the recipients stayed in their cars while the members collected their information slip, and loaded their package into their car. The information slip was used for identification and indication of the size of the package for each specific recipient. 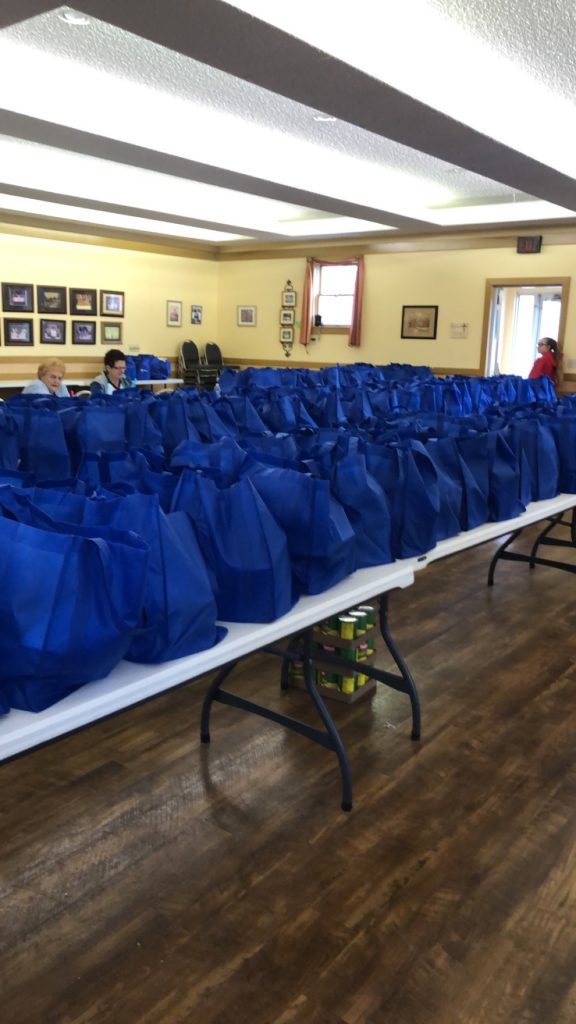 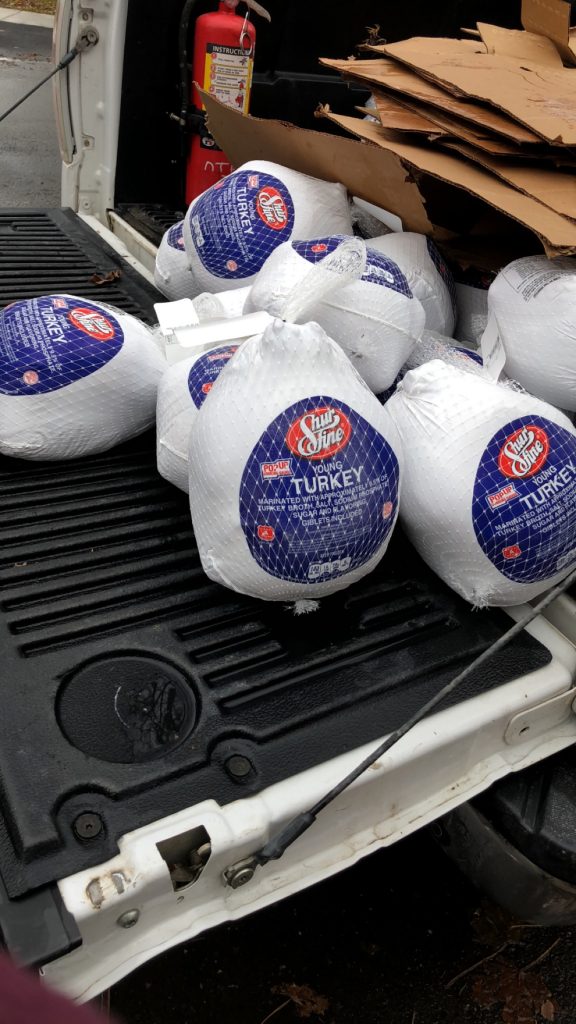 Shown above are the components of the packages distributed. Photo by: Mary Kerr

“We collected goods during school. We had a competition between period one classes, and students were assigned food items based on their graduation year,” says Leo Club President, Isabelle Morris.

Students started helping around 9:00 am, and finished around 1:30 pm. Students had a lunch break and enjoyed pizza, chips and refreshments.

A range of different grade levels attended the trip, including seniors, sophomores, and some middle school Leo Club members.

Senior Leo Club member, Brock Gumaer, says, “It was really nice for everyone to go over and help people give food to the less fortunate. I think everyone had fun and felt good about what they were doing.” 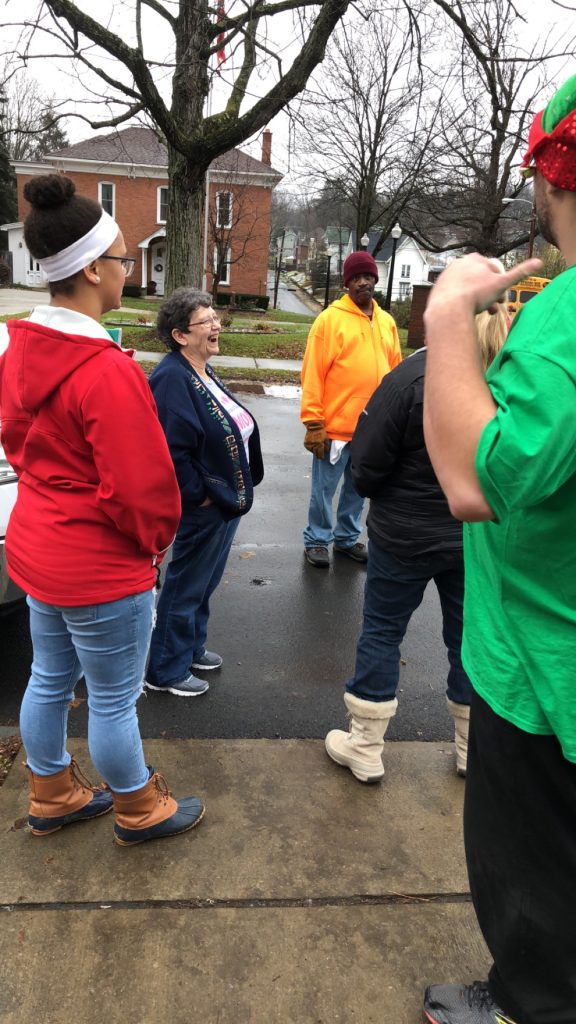 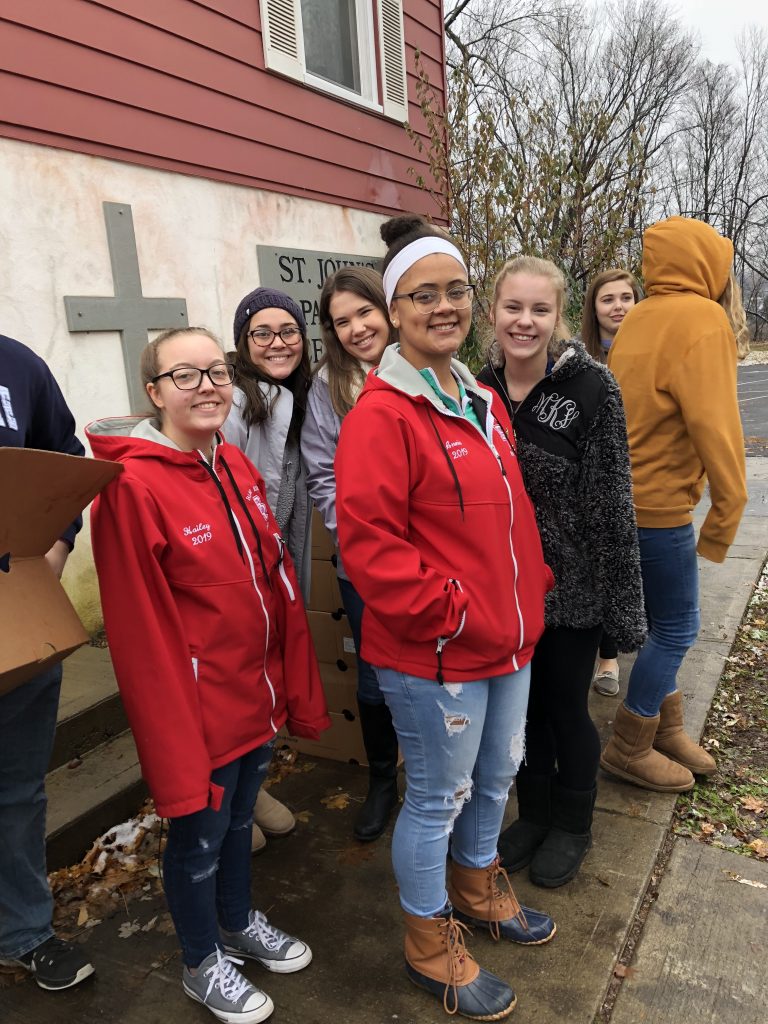 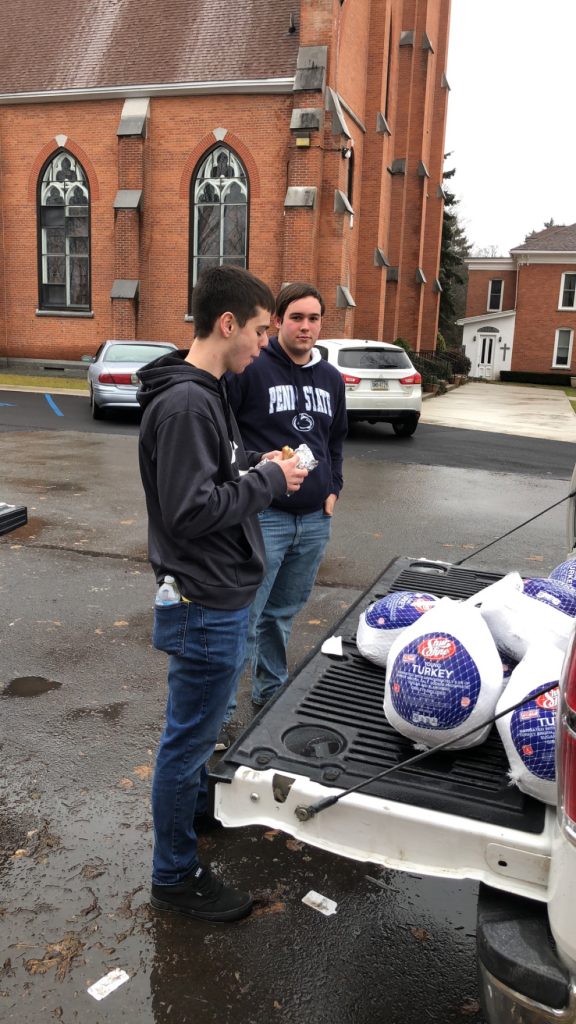 Students are shown conversing with other helping members and spending their time working. Photos by: Mary Kerr

At the end of the day, the Leo Club was awarded by Trehab for “assisting with Rehab/WNEP’s 34th Annual 2018 Feed-A-Friend Thanksgiving Food Drive.” The Leo Club was honored by receiving a Certificate of Appreciation in name of the Blue Ridge School District.

Mary Kerr
Mary Kerr is a senior at Blue Ridge High School. She enjoys spending time with her family and friends, and participating in many clubs and leadership opportunities. Mary is the secretary of National Honor's Society and Student Council, and the head of public relations for the Blue Ridge Leo Club. She will be attending Le Moyne College in the fall of 2019, majoring in biology, and hopes to ultimately become a dentist in the future.

By: Elizabeth Smith/Sophomore Writer If you had the chance to go anywhere, where would...
Read more
Arts

What Does Free Time Mean to You?

By: Madison Swisher/Senior Writer What do you think of when you hear the words...
Read more

By: Leah Rippy/Sophomore Writer On March 18, from 6 to 7:30 PM, the Blue Ridge School District will be hosting a Drug Awareness Event in...
Read more
News in Brief