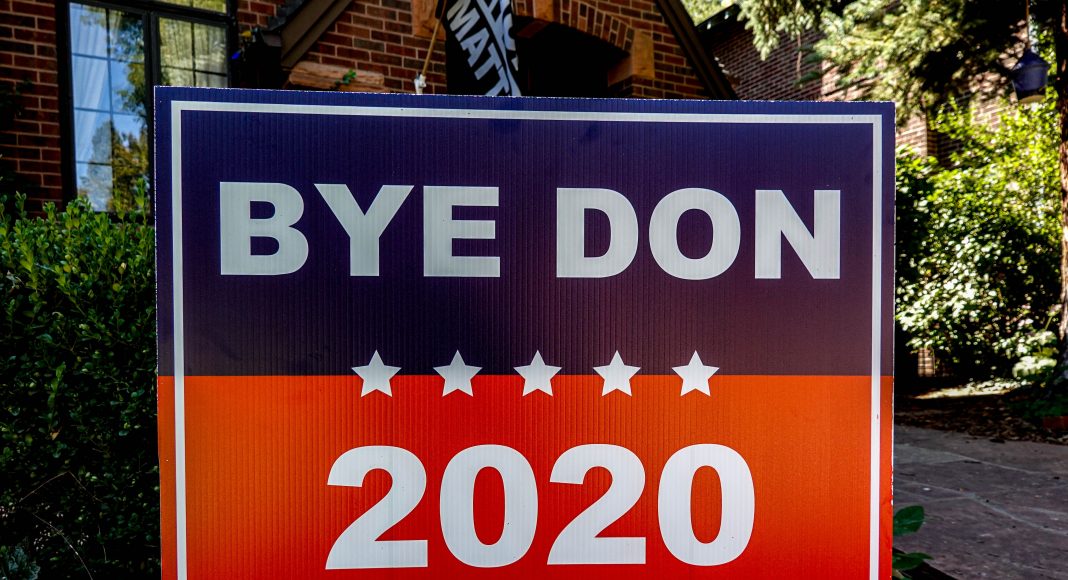 There are many things that Joe Biden has done throughout his many years involved in politics for the good of our country. He is way more qualified to be president, and a better leader for this country then our current president, Donald Trump. Biden has shown that he will represent all Americans, not just his political base. This makes him the right choice to lead our country.

From 1973-2009, Biden served in the U.S. Senate on two key committees, the senate foreign relations committee and the senate judiciary committee. From 2009-2017, Biden served as vice president of the United States under President Obama. Over the years, Biden has shown that he supports equal rights for all Americans. He supports the LGBTQ+ community and was part of the administration that made gay marriage legal in the United States. He has been a supporter of the “ it’s on us “campaign, which is a campaign against sexual assault. Biden also took the lead in 1994 on the bipartisan crime bill. These are just some examples of how he has impacted our country–helping our country become a better nation for all of it’s citizens!

That brings me to a major point, Biden is inclusive. He wants to unify our country, not contribute to division–and he cares about the well-being of our citizens. He stands behind policies that protect everyone, and he has concrete plans implement those policies.

For example, everyone knows that the COVID pandemic has adversely affected almost every facet of Americans’ lives. Not only has it weakened our economy (which Biden helped rebuild during his time as vice president following a major financial crisis), but we have also lost over 220,000 Americans because of this. The Trump administration has failed in its response against the pandemic. Biden’s plans for dealing with COVID-19, however, are far more responsive. He would impose increased testing availability for everyone, build a nationwide tracking workforce, work on getting abundantly more personal protective equipment, (not limited to this pandemic, but in preparation for similar situations in the future), emergency paid leave, premium pay for healthcare workers, and more.

Biden has a plan for a clean energy revolution and environmental justice. We have seen how climate change has accelerated is in this country and throughout the world and it needs to be reversed or slowed before it is too late. And unlike most of the Republican Party, Biden and other Democratic Party members recognize how day-to-day life is affected by this, and he will keep fighting for a cleaner and safer environment for us and our future children to live in.

Another issue of relevance is gun violence. Almost 40,000 people a year are killed with guns, and many more are injured. A Year! And it’s not just the mass shootings you see all in the headlines that are to blame; it’s also daily gun violence and suicides. Biden has many ideas to deal with the gun epidemic in this country. For example, Biden wants to hold gun manufacturers accountable, ban the manufacturing and sale of assault weapons along with high capacity magazines, regulate the position of existing weapons under the national firearms act, buy back the assault weapons and high capacity magazines in our community and keep weapons out of dangerous hands! Common sense gun laws are needed.

Finally, a major factor to take into consideration when choosing which candidate to vote for is which party is best for America’s future. The Republican Party is firmly against issues important to the LGBTQ+ community, against gun control, against abortion and embreyotic stem cell research, and non-supportive of the Black Lives Matter movement–issues that affect a major portion of our American citizenry. At the same time, Trump has clearly stated, or should we say tweeted, criticisms of these issues and the people for whom these issues are important. We need a leader who equally represents all individuals of our diverse country, all Americans. Not somebody who picks and chooses who deserves representation and affirmation based on bias. Personally, I want someone in power who leads our country, who brings our society together, not someone who thrives on division. Let’s face it, our country needs new leadership–and Joe Biden is the man to fill that position.

There are so many more plans Biden has for this country, or as he likes to call it, “bold ideas.” (To read more on Biden’s proposed plans for this country go to: https://joebiden.com/joes-vision/.)

Well, Under Biden/Obama 60.8 MILLION Americans we’re infected by H1N1, they were lucky it was less lethal than COVID-19 or millions of Americans would have died. Biden also said just last night he want’s to move away from the oil industry and YES he does appose fracking (its on tape.) Too bad these industries account for nearly 10 million American jobs and over 180 BILLION dollars into the US Economy. He would crash the economy day 1. Also, I have never had my AR-15 (The AR stands for ArmaLite Rifle not Assault Rife) stand up and shoot someone, people kill… Read more »

Logical Reasons to Vote for Donald Trump this 2020 Election

By: Carissa Zawiski/Editor in Chief Even if you don't like Donald Trump as an individual, you must realize that much of the agenda set by the...
Read more
Editorial/Opinion

By: Mirella Annesi/Staff Artist Quarantine life so far has definitely been a ride for people everywhere. The sudden change alone is enough to...
Read more
Editorial/Opinion