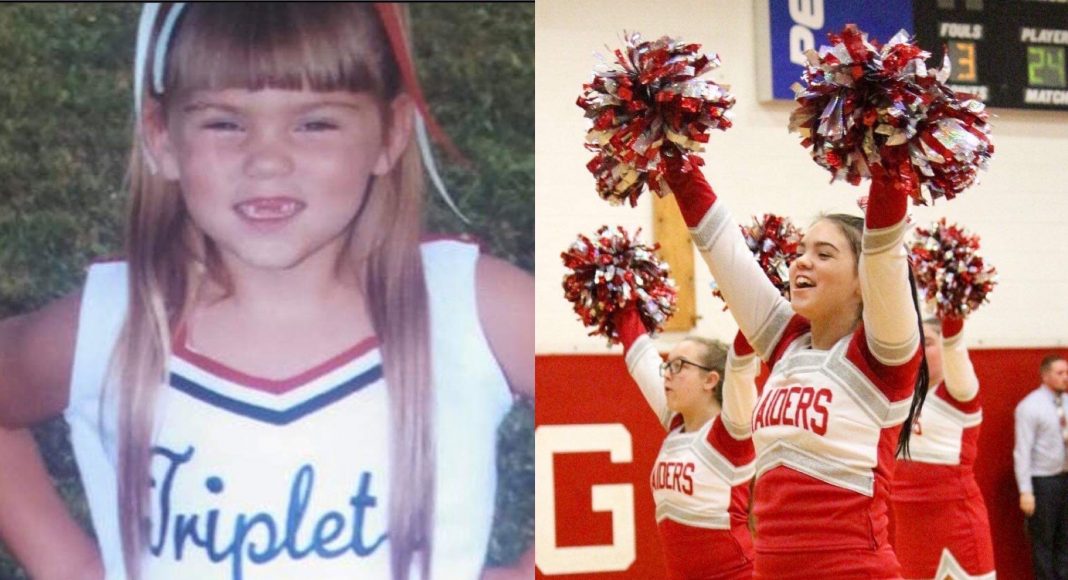 By: Carissa Zawiski/Junior Assistant to the Editor

Senior Clarisa Millard is the returning Captain of the Varsity Boys Basketball Cheerleading team. She began cheering when she was 6 years old for the Blue Ridge Triplets and has been a cheerleader ever since. She states that her favorite thing about being a cheerleader is being part of a team and doing stunts. Overall, Millard has competed in competitions since she was 6 years old, and has placed in every one of them.

Being the captain of a Varsity Cheer squad comes with a lot of responsibilities. Millard states that her jobs include, “Getting practices going by starting stretches, and calling out cheers so we can do them. Also, just taking leadership, being a good role model, and teaching the girls is also important.”

Since Millard has been cheering for many years, she’s had many different coaches. She explains that when she did All-Star Elite Cheer it was very competitive and different compared to school cheer. “My coaches Lacy Stilloe and Kelly Singleton helped me out a lot and pushed me to be better.” Millard also expressed that “Lacy has been there for me like another mother, and I really appreciate her for all she has done for me.”

Carissa Zawiski
Carissa Zawiski is a junior in her second year of journalism. She keeps herself entertained with cheerleading and by spending time with friends and family. She hopes to attend college after high school and get a degree in teaching. She sees teaching as something she would love to do, and wants to help others understand how important education is their lives.